You have to be hopeful to bring some change 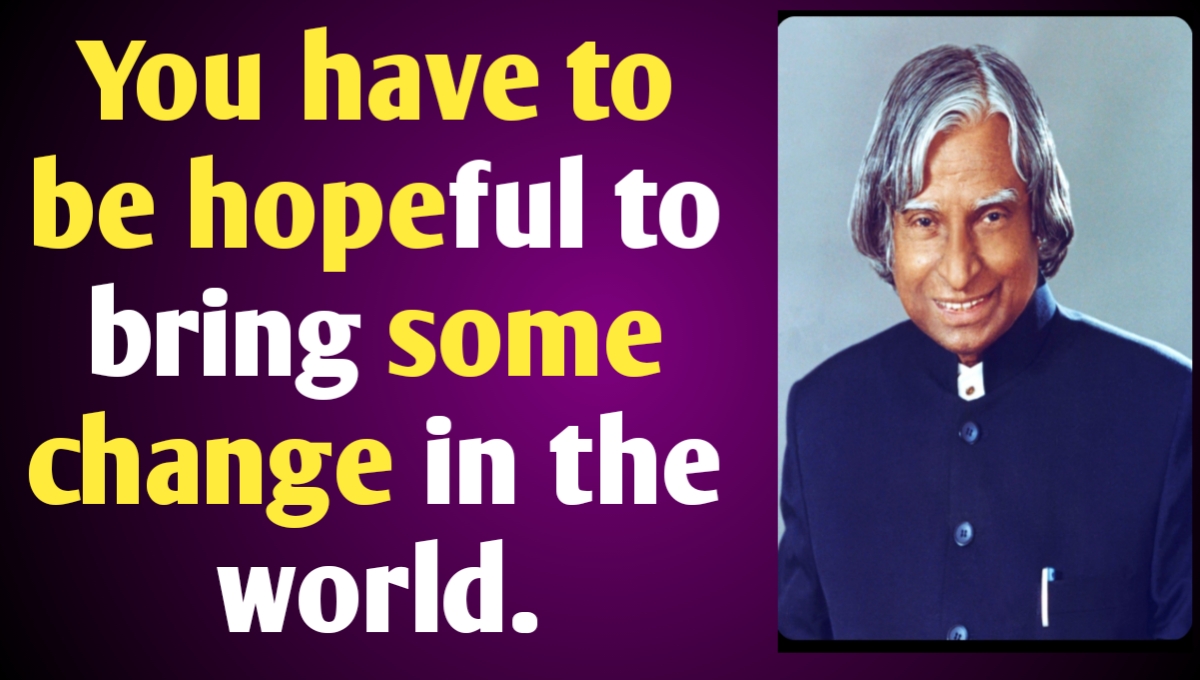 You have to be hopeful to bring some change in the world.

Have you ever felt that you are not living your life with full potential? Even though you know about your talent, but you are not able to do anything big? Why is this happening? Is it happening because you have no idea how to start?

We all have that potential inside us. With the help of which we can change the world. But it is also true that we cannot do anything. Despite having good intentions, we are not able to do anything. With the help of these chapters, we will know how to convert intention into action. Do you know how to find out about Meaningful Cause? The most important thing you will know is that the biggest change can start from within you. If you also spend your life with values, then you too can bring a positive change in the lives of the people around you.

So let’s get started!

In today’s era, if you open any news paper, then you will get to see terrible news from the country and the world. Any person can be demotivated. He starts to feel that changing this world is not his thing. But it is also true that you cannot run away from your responsibility. You cannot think that someone else will come and solve the problems of this world. You should understand that the first step is right but you have to take that step.

If you really want to change this world. Then first of all you have to change your thinking. You have to find a way to decide how you can be a part of this change.

The author explains that we have surrounded ourselves with an artificial belief system. We have inculcated in our mind that we cannot change this world. You can make a big difference only by changing your belief system. It is also true that with one step you cannot end the problems of the world. But you can definitely start for yourself. Here you can watch Bryan Jarrett’s story. His childhood was not like that of ordinary children. His father had left him. In his childhood, he had to face sexual abuse. Due to which his mental state had also deteriorated. Along with poverty, he had also faced mental torture. Because of which his youth was also going bad. Bryan Jarrett was addicted to drugs. At that time, he could not see any ray of hope.

Bryan Jarrett himself saved his own life from getting worse. Now the question arises that how was it saved? Let us tell you that Bryan Jarrett gave himself a motive. He had promised himself that whatever happened to him. Will not let the same thing happen to any other child. After this, he first started changing his own life. After this, after his marriage, he started an institution with his wife. Poor children are guided by this institution. From this story you can know that how can one start changing this world with just a will.

So from now on you don’t have to make excuses. Whatever resources you have. With their help, start bringing change in this world. Like Bryan Jarrett, you should also be hopeful about the future. But don’t stay with your eyes closed. Being optimistic means that you have to meet the journey ahead with a practical approach. Your research should be so strong that you should know about every problem that comes in the journey. Along with this, you should also know how to face those problems?

With this, in the next chapter, we will read that how can we change this world?

I AM REEMA SRIVASTAVA

Companies used to aim for a faceless image, but authentic connections are more effective

How does the ‘Fundamental Sense of Self’ build up the brain?